What information does the barcode contain?

Barcodes are essential tools for inventory and product distribution efficiently. These codes are everywhere, there is no product that is not identified by a code.

This ubiquity makes it important and interesting to know how barcodes work. Whether you are a user or a manufacturer, knowing barcodes will improve your experience at both ends of the transaction.

Although, logically, it will be much more useful for manufacturers, as the use of these codes is mandatory in almost all circumstances.

What is a barcode?

A barcode is a group of lines of different thickness and placed at different distances from each other that, together, contain a specific amount of information. These lines are nothing more than a representation of characters, in most cases numbers.

The code allows a quick and precise reading of the information contained in it by laser readers. This feature is extremely useful when carrying out inventory and transactions of any kind, as it makes the whole process easier and faster.

Before starting to delve into the subject, it will be necessary to establish the meaning of a basic nomenclature to know the meaning in this context of some words.

The coding of the barcodes is marked by the GS1 Regulation, which is based on the principle of unambiguity. This means that each variant of each product must have a unique code.

The code is known as the GTIN code, and it is a unique, universal and unambiguous numbering.

Barcode symbology is the way to graphically represent the GTIN code. This representation can take place through bars and spaces, or through two-dimensional codes.

The only symbology that retailers will be able to read is the GTIN-13 Symbology.

Apart from that, there are also GTIN-14, GS1-128 and GS1 Datamatrix Symbology.

Situation in the product

It is essential that the barcode be legible. Once this requirement is met, they can place the code anywhere as long as it is printed on the container, packaging or label.

To prevent the code from interfering with the package design and branding image, it is usually placed in discreet places on the package or label, such as the back corners or bases of the product.

The problem with producing small, individually sold products such as markers, chewing gum or similar products is that there will be no way to "hide" so as not to spoil the presentation.

Barcode Types There are two types of barcodes that meet different criteria. On the one hand, there are linear or dimensional barcodes, and on the other, two-dimensional.

The first type corresponds to linear barcodes, among which the following can be mentioned:

The Universal Product Code (UPC) is a type of barcode, widely used in North America and some countries such as the United Kingdom, Australia and New Zealand for tracking commercial items in warehouses [1]. 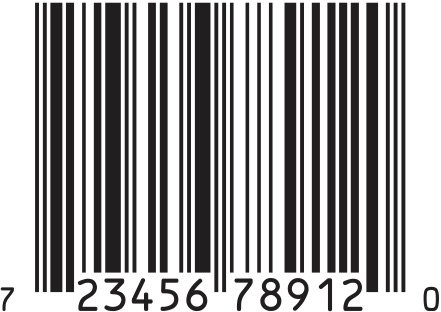 European Article Number (or simply EAN) is a family of barcodes subject to the specifications of GS1 (once known as EAN International) to which a hundred countries adhere. The EAN barcode family includes EAN-13 and EAN-8 and some additions, such as EAN-2 or EAN-5 for printed paper. The code stored in an EAN code is typically a GTIN.It is used in Europe and Japan (where however it is called JAN, Japanese Article Number) for the marking of products intended for retail sale. The encoding is compatible with the UPC system adopted in the United States, Canada, United Kingdom, Australia and New Zealand. 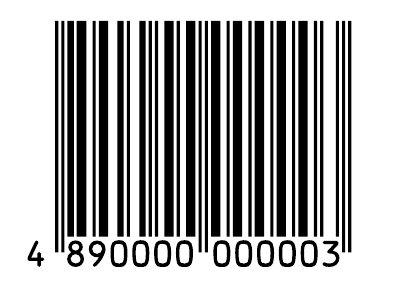 Code 39 (or Code 3 of 9) is a barcode that allows you to represent 43 characters, i.e. uppercase letters (26 letters from A to Z), numeric characters (0 to 9) and some special characters (-, ., $, /, +,%, and space) and a special character ('*') used as a start and end delimiter. Each character consists of 9 elements: 5 bars and 4 spaces. The name originates from the fact that each character is composed of 9 vertical bars of which 3 are wide (binary symbol 1) while the remaining 6 are narrow (binary symbol 0). 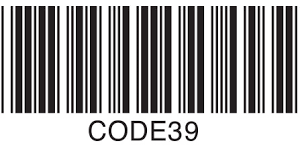 Code 128 is a barcode that allows you to represent all 128 characters of the ASCII code (7-bit). The reference specifications are expressed by ISO / IEC 15417: 2007.It includes three types of encodings that can coexist simultaneously in a single barcode: Code 128A, Code 128B, Code 128C.A very common application of code 128 in the logistics field is GS1-128. 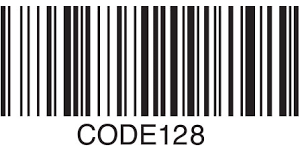 Code 93 is a barcode designed in 1982 by Intermec to provide greater density and improved data security than Code 39. It is a variable length alphanumeric symbology. Code 93 is primarily used by Canada Post to encode supplemental delivery information. Each symbol includes two control characters.Each Code 93 character is nine modules wide, and always has three slashes and three spaces, hence the name. Each bar and space are 1 to 4 modules wide. 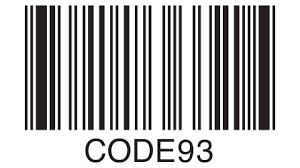 The Farmacode (or code 32 or code 32) is a barcode currently used by the Italian Ministry of Health to identify medicines. It is a reworking of Code 39. It is part of the barcode family and is made up of a start and stop character (asterisk *), or delimitation of the code itself, and 9 base 32 characters encoded in binary way. The 9 characters in base 32 correspond to as many characters in base 10, of which the first character is 0 then followed by 7 characters that identify the product and finally the last character that represents the control code (check-digit). 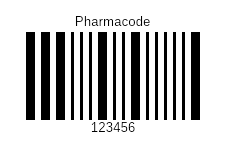 The main difference between these barcodes and the previous ones is that the information is not limited to the item code, but contains much more data. Furthermore, they are very difficult to sabotage due to the security this complexity allows them to incorporate.

Where to buy barcodes?

GS1 Hong Kong DOES NOT SELL barcodes. It only supports partners, which has the big disadvantage of having to pay for life to get the codes. The alternative, to get the same official GS1 codes, is to turn to Hong Kong Barcodes. As you seek the best for your business, having quality barcodes is a necessity.

Hong Kong Barcodes will send them digitally generated code in different formats so that they can include it in product designs and thus be able to maintain a good corporate image.

Advantages of the barcode

The needs for which barcodes were born were met by speeding up the reading at the cash registers and eliminating typing errors. However, the benefits don't stop there.

Therefore, barcodes have far more applications than you might think a priori. Obviously it is used in retail stores to sell products more easily, but there are many others.

Barcodes can be used for real-time (or very fast) in-process control and tracking, inventory, movement, time and attendance, quality, access and documentation.

It can also be used to accurately track various activities and the transportation of goods. It can be applied more generally in libraries and at the billing stage.

What do the lines of a barcode mean?

Each strip of the code has a different value, since depending on the number of bars and their width, it will have a different meaning. These bars are arranged in two groups separated by bars called 'guards', and are the only ones that have no meaning.

Each bar is made up of 8 horizontal 'sub-bars' and each will be of a different color: black or white. Depending on the colors of each sub-bar, the bar indicates one thing or another, always using a binary language, being black 1 and white 0.